There is a wide variety of locations to explore within Sea of Thieves. Many of these locations will be visited by the player on a regular basis while others might only be accessed during high level quests. While all locations are available to the player from the beginning of their game, certain locations pose challenging risks that test important player skills within the game. 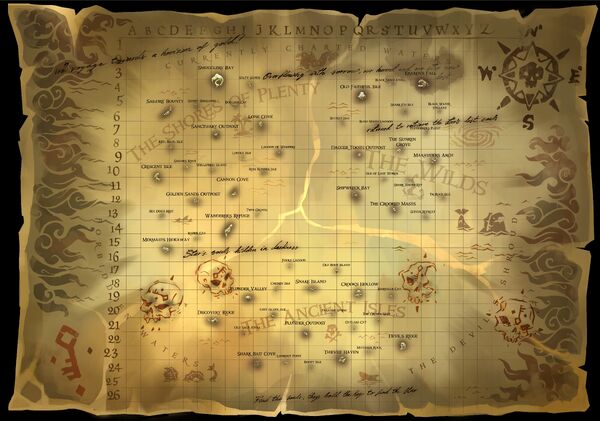 The Shores of Plenty

Retrieved from "https://seaofthieves-archive.fandom.com/wiki/Locations?oldid=7601"
Community content is available under CC-BY-SA unless otherwise noted.