watch 01:07
'Sea of Thieves' Profile: Ships
Do you like this video?
Play Sound

Ships are the key focus and main transport method for players in Sea of Thieves. There are currently only three types of ship within the game, these being the Sloop (max 2-person), Brigantine (max 3-person), and the Galleon (max 4- person).

A cursed variation,Skeleton Ships, will rise occasionally to test the waters around pirate crews. There are skeleton versions of the Galleon and Sloop, and their crews can be either aggressive or passive. Additionally, players may see a galleon shaped cloud in the sky. This indicates the presence of a fleet battle, in which players face off against 3 waves of skeleton ships. Completing this battle will drop a substantial amount of loot. 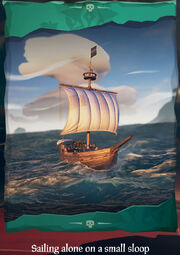 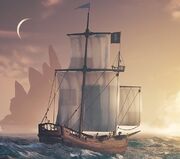 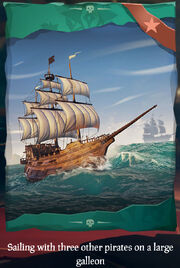 Additional customization options were introduced in the Shrouded Spoils update on November 28, 2018. This included new cannon, capstan, and helm choices. 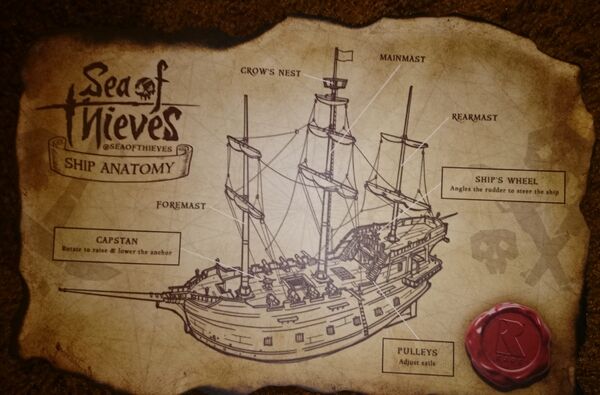 Retrieved from "https://seaofthieves-archive.fandom.com/wiki/Ships?oldid=7937"
Community content is available under CC-BY-SA unless otherwise noted.